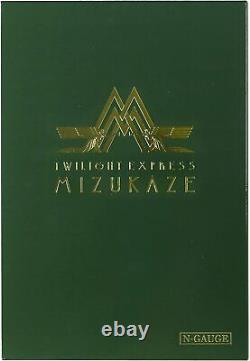 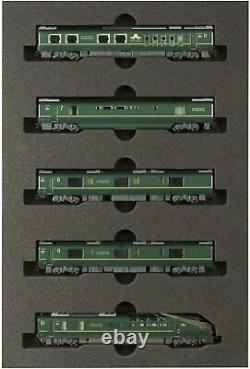 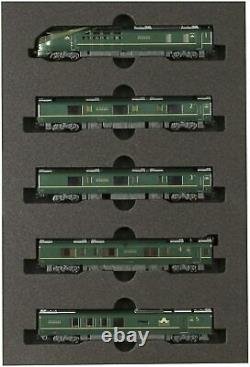 Nostalgia is produced with an observation deck consisting of five streamlines, a cab-shaped cab and a round headlight, and accurately reproduced. The car body is shaped like a flowing line while having a profound feeling, as well as the observation deck, which is one of the biggest features, as well as the window layout with a large side window with a feeling of opening, and the exhaust pipe of the connecting surface unique to a diesel car Reproduced in. Precise rooms such as observation rooms, lounges, canteen cars, and suites are also accurately reproduced.

Characteristic patterns drawn on the walls of the cafeteria car kitchen are also reproduced by printing. The guest rooms are commercialized in the daytime, with the doors open and left and right views. The car in the observation room of the first car reproduces the different colors of each car car 1? The exhaust pipe installed on the wife's face of No. 1, 5, 6, 10 is set as a separate part.

Reproduce the color and luster of the real car "Ruifu Green" and an elegant paint with a golden band. Various logos, lettering and sabots are expressed in print. Head / tail light on. The marker light at the top of the observation deck is also lit only when moving backwards.

Equipped with a flywheel motor for stable running. Compatible with DCC decoder mounting. Both heads are dummy couplers (with the connector cover attached), and the intermediate joints are modeled on a real car power train, with body-mounted close couplers (with hooks). The package consists of 6 bookcases x 2 and a special bookcase sleeve is available. This item is in the category "Toys & Hobbies\Model Railroads & Trains\Railroads & Trains\Locomotives". The seller is "biscos-japan" and is located in this country: JP. This item can be shipped worldwide.