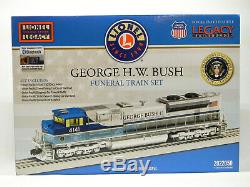 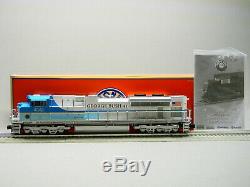 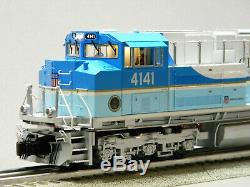 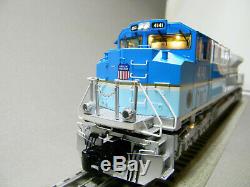 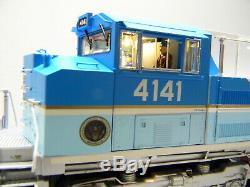 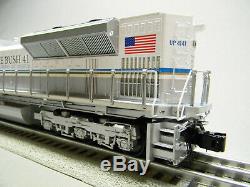 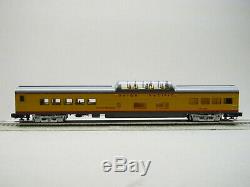 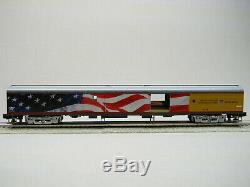 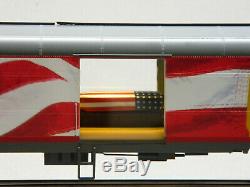 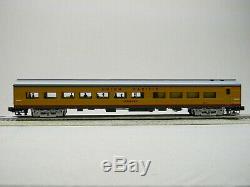 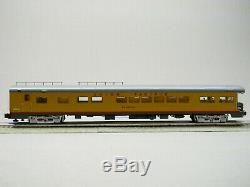 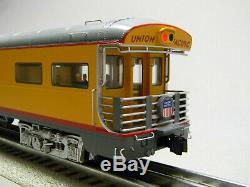 America lost a hero on November 30, 2018. On December 6, President George H. Bush took his final Earthly trip aboard a special funeral train arranged in his honor and befitting a man of his humanity. Years of planning and long hours of hard work in the days before the special resulted in a meticulously detailed and perfectly executed send off - appropriate for a man who championed cooperation, partnership and service.

The impact of Bush's life and service became clear in the avalanche of requests for models of this train which we received. And so in that spirit, Lionel is offering this special set, filled with extra details, to do proper justice to his legacy. The Union Pacific #4141 is certainly something special and in addition to all of the great LEGACY features found in these locomotives, we've added a special "Hail to the Chief" horn which can be activated on your LEGACY remote!

For the cars in the train, we've created new tooling to recreate two new Union Pacific business train cars including the dome-diner City of Portland and business car Kenefick. New tooling was also created to allow for the glass windows and interior in the baggage car, Council Bluffs, which carried the flag-draped casket.

All cars in this set feature illuminated interiors complete with figures. Last but not least, dining car Overland plays recordings from Bush's term in office as well as appropriate patriotic and honor guard music. If you would like to model a more complete version of the 11 car train, additional SD70AH locomotives are available separately. These include the second locomotive of the funeral train, the lead locomotive of the advance train, and one which has accompanied the Union Pacific 1943 on several special trips.

Directional lighting including LED headlights. Marker lights on front and rear. LEGACY® RailSounds® sound system featuring. CrewTalk dialog and TowerCom announcements, each with different scenarios depending on whether the locomotive is in motion or stopped. Six official railroad speeds with CrewTalk dialog.

In place of our standard diner features, this special car includes recordings from the Bush 41 Presidency and appropriate patriotic and honor guard music which can be activated using the LEGACY remote. BRAND NEW IN FACTORY SET BOX!

NO TRACK OR POWER IS INCLUDED IN THIS SET. Will work with MTH, K-Line, MDK, Weaver, and most modern 0/027 trains.

This item is in the category "Toys & Hobbies\Model Railroads & Trains\O Scale\Starter Sets & Packs". The seller is "hobbyspeed" and is located in Indiana, Pennsylvania.