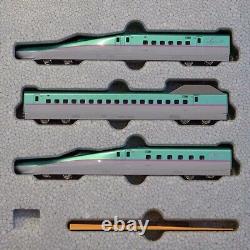 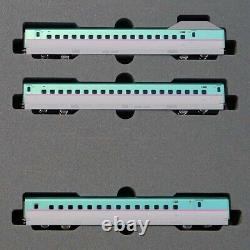 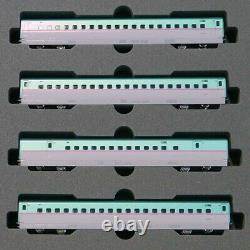 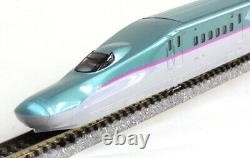 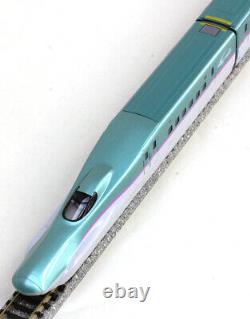 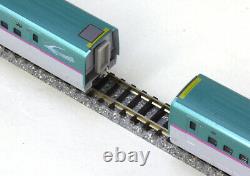 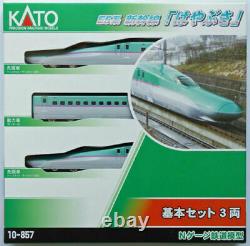 Kato 10-857+10-858+10-859 E5 Series Shinkansen (HAYABUSA) 10 Cars Set -N Scale. The newest Shinkansen bullet train "Hayabusa", which means Falcon, has made its debut, on March 5, 2011, on the Tohoku Shinkansen Line between Tokyo and Shin-Aomori to run at the maximum speed of 300 km/h, the highest ever speed achieved to operate Shinkansen trains at. Kato will make the N scale model as the earliest after its debut by accurately representing its features, including unique form of the aerodynamically optimal top nose, the longest among Shinkansen models ever made, and the skirts fully covering trucks, large windbreaks for pantographs as well as its peculiar color schemes (green/white). This item is in the category "Toys & Hobbies\Model Railroads & Trains\Railroads & Trains\Locomotives". The seller is "itawol_0" and is located in this country: IL. This item can be shipped worldwide.